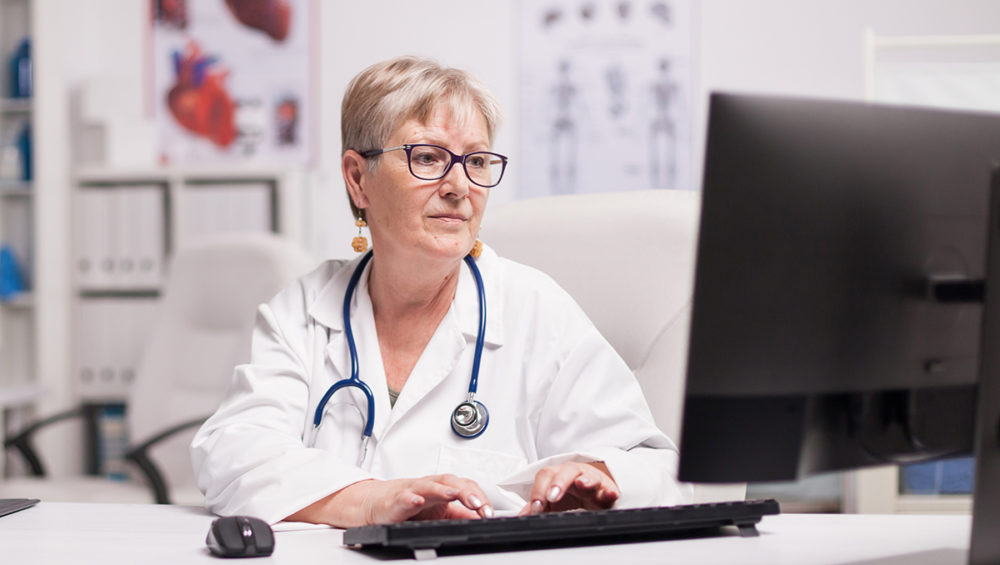 When the concept of digitizing all patient records was introduced in healthcare, it was mainly received with excitement and overwhelming relief, especially from exhausted residents and interns who had to complete pages and pages of handwritten notes for all the patients under their care.

Electronic Health Records (EHRS) were implemented fairly quickly in health systems worldwide, more so in countries with nationalized health systems like the United Kingdom and Singapore, as well as those with a robust and early investment in health technology and information systems.

The adoption was rapid because the advantages were crystal clear:

All these factors made EHRs the proverbial knight in shining armor! Well, the age-old saying was certainly right:  When it sounds too good to be true,  it usually is!

Shining Light on the Dark Side of Electronic Health Records

In theory, everything seemed to line up perfectly. But, as usage increased, the problems started cropping up. A recent survey conducted by Stanford University, The Harris Poll, revealed many of the issues that physicians have encountered while using EHRs.

While 91% of physicians recognize the importance of electronic health records in patient care and would like their systems to provide an intuitive user experience, and facilitate a better doctor-patient interaction, only 44% are actually satisfied with their software’s capabilities to do those things.

Most find that data entry is tedious, cumbersome and often repetitive, making it difficult for them to complete their notes on time.

88 % of physicians would prefer to leverage their EHRs as a clinical decision-making tool, by identifying high risk patients on their panels or coordinating care for patients with complex conditions. However, only 52% of the respondents were satisfied with the way their electronic systems helped them achieve their care goals.

In fact, nearly half of the primary care physicians said that the primary value of their system was just digital storage.

Another considerable hurdle is the issue of interoperability of different systems. With so many vendors available, it was becoming extremely difficult for physicians who rotated between facilities or visited at various clinics and centers to get used to the changing systems. With a lack of adequate standardization of location or content of data required, it was difficult to get doctors to comply with using the electronic systems.

Due to the increasing amount of data entry required, 74% of physicians reported that using an electronic health record system has increased their total number of working hours per day, taking valuable time away from their patients and contributing to physician burnout. On average, if a physician spent 31 minutes with a patient, he spent only 12 minutes interacting with the patient, and 19 mins entering data.

A fact that became apparent with the use of EHRs, was that with the increasing amount of data generated, it was becoming more difficult to keep it safe. Health data was extremely vulnerable, in spite of various firewalls, mainly due to its inherently fluid nature- there are a large number of changes that take place in a patient’s EHR. This reveals various soft targets for potential hackers to exploit.

What can we look forward to?

Realizing that work needs to be done to improve the quality and usability of electronic health record systems, various initiatives have been taken to make these systems more open and user friendly.

Data entry with complicated ICD 10 coding has been a pain point for many physicians, which makes them vary of implementing EHRs. However, services like ScribeAE provide certified medical scribes who take on time consuming and labor intensive clerical tasks, leaving physicians with enough time to focus on patient care.

Medical Scribes have a medical, coding and transcribing background to improve hospital operations and support physicians with their tasks to prevent burnout, provide seamless services for patients to improve workflows as well as to reduce the chances of claims being rejected by insurance companies due to incomplete documentation.

Services like this, when integrated in healthcare organizations including rural or urban hospitals, teaching facilities and private practices would greatly improve the adoption and use of EHRs.

The Commonwell Health Alliance was established as a not-for-profit association that aims to improve accessibility of health data for both physicians and patients, by providing a vendor – neutral platform that breaks down the technological barriers that interfere with the effective exchange of patient information. CareQuality also provides the ability for health networks to connect seamlessly with each other.

In 2020, the United Arab Emirates’ Dubai Health Authority (DHA) integrated the Wolters Kluwer’s clinical decision support (CDS) resource, UpToDate with its electronic medical record (EMR) database, in an effort to leverage the power of EHRs for clinical support, allowing doctors, nurses as well as pharmacists from 18 different DHA sites to access the program through the Salama EMR. In addition to advancing patient care, the system also provides doctors the ability to keep up with their Continuing Medical Education certifications, seamlessly, in an effort to ease the cognitive burden on healthcare workers.

All in all, the future looks promising for Electronic health records and it looks like after a bumpy start, with a few upgrades, it will have the potential to revolutionize care delivery as envisioned!