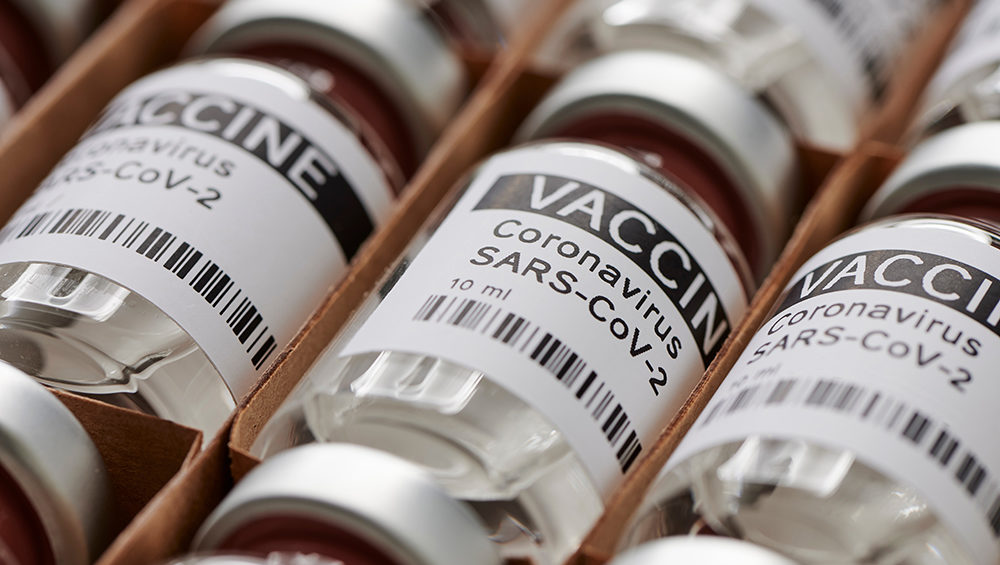 The COVID-19 Vaccine Rollout: Is it going according to plan?

Through the trials and tribulations that the pandemic brought in 2020, the light at what seemed to be a very dark tunnel was the hope of an effective vaccine. The dawn of a new year saw nations approving the use of several vaccines in the fight against COVID-19, which is certainly an optimistic turn of events, as it promises the end of the global health crisis.

The Ray of Hope : Vaccine development and production

Vaccine development is an inherently long process, not only in terms of manufacturing and production but also with trial and research efforts that culminate in emergency use authorization approvals from various governments, a process that has taken years in the past. It was certainly a relief when just one year into the pandemic, there were various vaccine formulas available globally.

In a rare show of global partnership, countries around the world came together to form the COVAX Alliance, which pools together resources for the equitable distribution of vaccines, even in developing countries. COVAX functions as the vaccines arm of the Access to COVID-19 Tools (ACT) Accelerator, a collaboration formed to accelerate the development, production, and equitable access to COVID-19 tests, treatments, and vaccines.

The organization is led by the Coalition for Epidemic Preparedness Innovations (CEPI) and the WHO and Gavi.

Dr Tedros Adhanom Ghebreyesus, the Director-General of the WHO, sees the alliance as a way to combat vaccine nationalism, by sharing the limited supplies strategically  to ensure all countries are covered.

Here is a comparison of the vaccines released till date:

There are over 50 COVID vaccines in trails all over the world, and the WHO is working to speed up the trail and approval processes to ensure an effective pandemic response.

Now that the vaccine is available … is it safe to take?

One would think that most people would readily take the vaccines provided to them, if it meant that life would return to normalcy, faster. However, vaccine hesitancy is now more common than initially predicted.

There are many factors that contributed to this, the most predominant is the fact that the most widely produced Pfizer and Moderna vaccines are based on a relatively new mRNA technology, which was released in record time, giving rise to the idea that it may be rushed or not tested adequately before its release.

An IPSOS study conducted by the World Economic Forum revealed that three fourths of the adults polled would be ready to take a COVID-19 vaccine if it became available to them. Out of the remaining participants who were reluctant to take the vaccine, 56% said that they were concerned about the potential side effects, 29% were worried about how effective it would be, and whether it would be worth the risk while 17% were against the concept of vaccines in general.

Medical Misinformation: Blurring the lines between truth and lies

With the rampart spread of misinformation and fake news on the internet and social media, it is not surprising that every vaccine reaction is being scrutinized under a very public and often skewed lens, filtered by the fear of the unknown. While companies and countries worldwide prepared for their vaccine rollouts, they had to also combat this misinformation on the social media battle field.

The Anti- vaxxers movement, which has generally been in minority, gained sudden popularity with fringe theories making their way into the narrative. From theories about microchips, to warnings about inducing sterility in women, the rumors floated across many countries,  pushing many who may have been on the fence, into declining vaccinations when offered.

Medical professionals came out in large numbers to show support with campaigns like #HCW4SCIENCE trending on Instagram, leading to the birth of the medical influencer, on TikTok and Twitter, with doctors and scientists addressing vaccine concerns actively with their patients as well as the public on social media platforms. Unconventional methods like dancing and singing made for some very entertaining and educational material.

The Roll Out: What progress has been made?

A recent article from Bloomberg analyzed data from their vaccine tracker which determined that at the rate vaccinations were occurring around the world , life will return to normal in 7 years! Bloomberg built a large, global database of COVID-19 shots administered. According to health experts from the CDC, 75-80% of the population need to be vaccinated in order for life to go back to the way that it was. While the headline of the article was certainly attention grabbing, the question that needs to be asked is – have they really considered the current pace at which vaccine roll outs were happening, worldwide?  Considering the massive nation- wide drives that are being implemented, is 7 years a realistic timeline?

Countries like the UK, USA and Canada as well as a few countries in the European Union have bought or produced a considerable number of vaccines and started their vaccination drives earlier this year. China and Russia both ran their internal trials and drives, while supplying their vaccines to other countries as well. India started its vaccine rollout in January 2021, targeting their healthcare workers first.

The UAE began the  first phase of its vaccine rollout in December of 2020, providing vaccines in Dubai, from Pfizer and BioNTech, as well as China’s Sinopharm vaccine.  With a universal healthcare system and logistical advantages, the UAE has already delivered doses to nearly one fifth of the population.

Current data projects a significant increase in vaccinations in several countries, despite a few hiccups in transportation, supply or weather conditions. The charts below demonstrate a decidedly positive outlook for the near future.

With confidence building, it is anticipated that supported by rapid approvals, manufacturing and  cold chain transportations, vaccine delivery could potentially improve over the next few months, so that the ideal coverage of 75-80% of the population can easily be achieved a lot sooner than projected.

The idea of a vaccine passport has been floated in the travel industry recently, with the concept of a digital wallet which houses a travellers complete identification including proof of vaccination status. The Technical Group of Global Tourism Crisis Committee , a part of the United Nations is contemplating the solution to ensure safe travel across borders in order to restore economies dependent on tourism as well as to boost international trade. This has been welcomed by many countries including Sweden, Australia, Thailand and Iceland to name a few.

After a year of uncertainty, the vaccine is certainly the ray of hope on the horizon, as countries worldwide prepare to move forwards and rebuild. As with all things new, there are teething issues and lessons to learn, which will make the process smoother and more effective as time goes by.