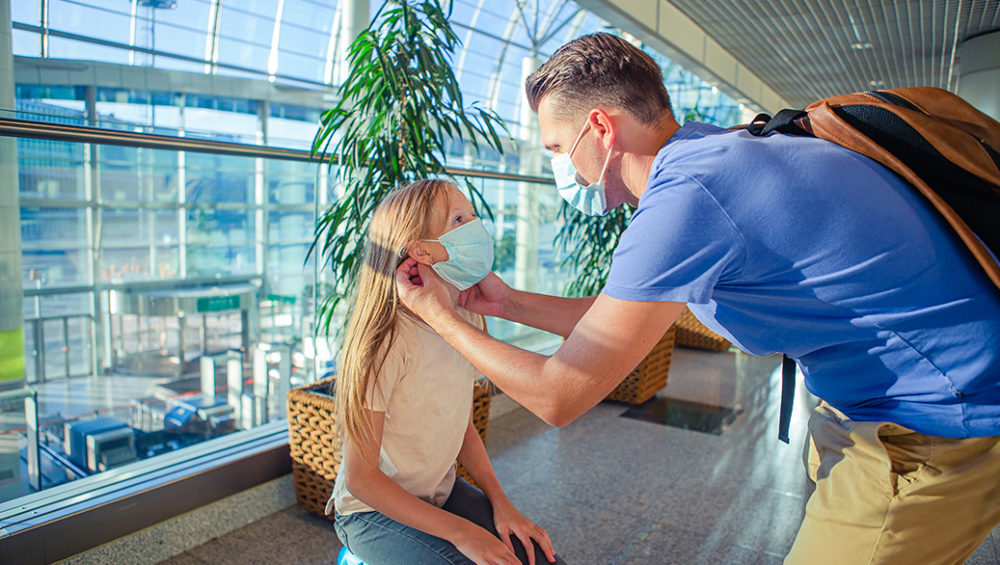 Safety and Sanitization: New Tools for Travel and Tourism

One year after the pandemic disrupted operations globally across all sectors, industries have been looking for innovative ways to combat and survive the sudden downturn. The focus on cleanliness, hygiene and social distancing meant that business models that depended on regular customer turnover, like airlines, hotels and restaurants, understandably bore the brunt. Arguably one of the most affected industries, travel and tourism companies stepped up their cleanliness protocols, in order to ensure potential customers about the safety offered with their services, as well as take measures to protect their own employees from infection.

Industry giants have announced new global initiatives to improve sanitization procedures, in all their properties world-wide. The Hyatt Group launched its Global Care and Cleanliness Commitment , extending their existing protocols to undergo the  GBAC STARTM cleanliness and training accreditation process through the Global Biorisk Advisory Council (GBAC). They have introduced trained well-being leaders at all location to ensure compliance to new cleaning protocols as well as a panel of medical advisors from the Cleveland Clinic for guidance in case of an outbreak. Similarly, Marriott International initiated its Global Cleanliness Council, to elevate its hospitality and sanitization norms to meet the new health and safety challenges presented by the pandemic.

In addition to increased cleaning of surface areas, minimizing interactions by making use of digital signages, app based check in and payment, adding partitions for service counters, providing contact-less in room dining, providing sanitizers at common touch points, and providing their staff with personal protective equipment, hotels have also taken advantage of technology to further improve their disinfection procedures. For example, the use of :

AirBnb with its unique business model, introduced its Enhanced Cleaning Process with a mandatory 72 hour buffer period between bookings on properties listed with them.

Meanwhile, the Wynn Resorts Group, is in the process of building a COVID-19 testing lab on site, for its Las Vegas property, with the help of the University Medical Centre of Southern Nevada, which would be able to conduct PCR testing quickly and conveniently (can link to safety med testing kits) for both guests and employees.

Airlines have turned towards aggressive sanitization efforts, in order to make their planes available for recurrent commercial use, after some aircrafts from Qantas Airways, Air India, Korean Airlines, Cathay Pacific and Singapore Airlines were used to evacuate people from Wuhan, China during the early days of the pandemic. In order to re-assure passengers about their safety while flying, airlines have introduced measures to improve their disinfection protocols:

With new disruptive technologies on the market, it could be possible to avoid chemical usage in airplanes altogether. European based company ACT. Global has developed a new spray on coat, called “Clean Coat”  that is engineered to fight harmful microbes by self-disinfecting and decomposing germs due to a photo-catalytic reaction, that occurs on the surface when exposed to light. Copenhagen’s Hotel Ottilia is one of the first to embrace this  self-disinfecting technology, and its applications in the aviation industry may also be seen in the future.

Travel and tourism sectors were looking forward to restarting operations in time for the past holiday season. But, with countries around the world setting their autonomous rules and regulations for foreign visitors, travellers were navigating their future trips after considerable research. Even the 27 member states of the European Union have different views on travel restrictions, with Germany looking to mandate COVID 19 testing for all visitors, while Sweden has relaxed rules for visitors coming in from other EU countries. The situation is fluid, with the ECDPC ( European Centre for Disease Prevention and Control) updating lockdown restrictions and border controls, with fear of an impending second wave.

In the midst of a challenging second wave and unprecedented numbers of hospitalizations in countries like the United States and the United Kingdom, many people around the world finally see light in the end of the tunnel.

The approval and mass distribution of multiple vaccines are the topic of the hour. Vaccination presents a new hope to revive many industries including travel and tourism. Many countries including Spain and Saudi Arabia are issuing a vaccine passport, that is given to people who complete their 2 vaccine dosage. This can indicate that traveling in the near future won’t be as complicated as vaccine passports will become widely accepted at borders of entry.

The United Arab Emirates has ramped up its efforts to produce and distribute vaccines. With over 218 vaccination centers and over 2 million doses given, the country is on track to vaccinate more than half of its population by the end of March.

Close to the finish line, people are optimistic that the vaccination efforts coupled with the ongoing protective measures will bring life back to normal.